As I said, this wound up being a great connection for us as young early business owners. We did not get the contract we initially approached the mall for but wound up with something that I think served us much better. And by the way, we did wind up kind of doing the Santa Claus pics. The mall had a promo called Christmas in July, and we were there doing Santa photos in July, and so many other different and interesting shoots, who knew? 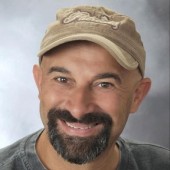 How to make icons larger on a mac image folder update